Outer Banks Beach Buggies has been renting both golf carts and low speed vehicles (LSVs) on the Outer Banks since 2010. These Outer Banks golf carts and LSVs are all we rent, so we are specialists in the field, and can answer just about any question thrown our way, concerning the operation of our vehicles, as well as where they can and cannot be driven.

Our LSV and golf cart delivery area stretches from the northern beaches of Corolla, south to the Town of Manteo, and all towns in between.

RESERVE YOUR GOLF CART OR LSV

Do you deliver the carts to your customers? 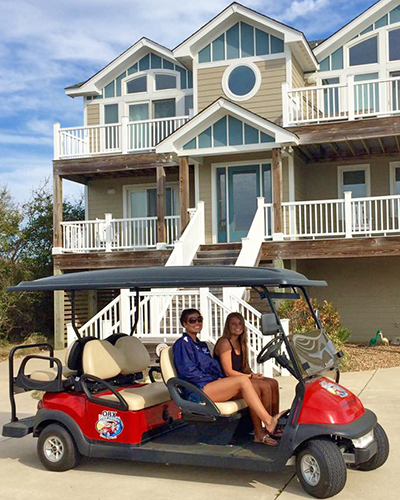